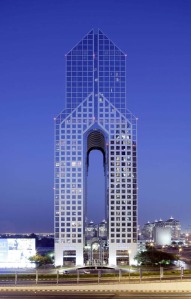 The bank said it maintained a financing-to-deposit ratio of 79 percent as of December 31, 2008, which bank chiefs said was a clear indication of DIB’s healthy liquidity position.

The majority of these were recorded in the fourth quarter of the year, one of the primary reasons impacting profitability during the last quarter of 2008.

Mohammed Ibrahim Al Shaibani, chairman of Dubai Islamic Bank, said: “Over the past 12 months, the world has witnessed unprecedented challenges to the stability of the global financial system.

“DIB has prudently managed its core operations during these challenging times. Our long-term strategy of the diversification of both operations and revenue streams continues to prove successful.”

The Board of directors of Dubai Islamic Bank has proposed a cash dividend of 25 percent and bonus share of five percent for 2008.