The palm-fringed island’s growing offshore financial sector pitches itself as a financial platform bridging Africa, the Indian sub-continent and Asia.

Mauritius is seeking to tap into the $1 trillion Islamic finance industry, and the central bank also plans to offer sharia-compliant short-term liquidity tools.

“We expect the bank to be operational by the end of the first quarter of 2011,” Governor Bheenick wrote in his annual end-of-year letter to stakeholders.

Islamic banking is one of the world’s fastest growing financial sectors, with industry estimates putting annual growth at 15-20 per cent. 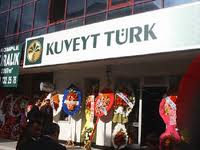 Turkish lender Kuveyt Türk has started selling “gold-on-the-go” from automatic teller machines, or ATMs, fulfilling a promise it made in January.

Speaking at a press conference Tuesday, İrfan Yılmaz, the deputy general manager of the lender, noted that Turkey ranks among the top gold importers.

“A huge portion of this gold is not being exported. It stays within the country,” Yılmaz said. “According to data from the Istanbul Gold Exchange, 2,500 tons of gold were imported in the past 15 years. This amounts to over $100 billion.”

A portion of this amount is exported, while nearly 1,500 tons of gold stays in the country, according to Yılmaz. “This makes $70 billion,” he said.

According to data from Kuveyt Türk, the Turkish banking system has around 42 tons of gold. Kuveyt Türk accounts for 20 percent of this amount. The lender’s gold transactions have reached an annual volume of $1 billion.

That compares with its less than 1 percent share of overall Turkish banking assets.

“Gold savings in Turkey, which stood at around 200 million to 250 million Turkish Liras in 2007, rose to 1.2 billion liras last year. The gold savings in banks is over $2 billion,” ” Yılmaz said. “According to estimates, more than 10 percent of national savings is in gold. We are working to attract some of this into the banking sector.”

Gram-gold sales from ATMs, a first in the world, will not bring a huge economic advantage to Kuveyt Türk, according to Yılmaz. Still, he expects “serious demand and transaction volume.”

Customers will be able to buy 1-gram and 2.5-gram gold pieces from ATMs. The service is currently only available at Kuveyt Türk’s headquarters branch. But it is expected to spread to 180 branches in the next year.

Display Name: (required)
Your Email: (required)
E-mail is required in case we need to communicate with you. It will not appear on the website and will never be used for any other purposes.

Comments policy: The Daily News seeks and supports freedom of expression and this commitment extends to our readers. Constraints include comments judged to be in violation of Turkish press law. We also moderate hate speech, libel and gratuitous insults.

Turkish mother of 12 looking to expand with microcredit success

Turkey bans use of several pesticides

Turkey has to focus on its ‘nation brand,’ advisor says 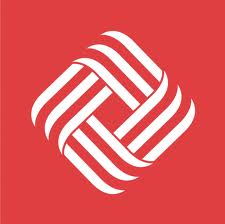 The announcement comes after the Qatar Central Bank ordered commercial banks to shutter their Islamic banking units by the end of the year – a move that would benefit banks such as Qatar International Islamic Bank as well as Qatar Islamic Bank and Masraf Al Rayan.

Qatar International Islamic Bank already owns 81% of Islamic Bank of Britain and said that the acquisition was part of the bank’s global expansion strategy.

The launch of the service followed a capital injection of £20m from Qatar International Islamic Bank and is an extension of the bank’s wealth advisory service.

The service is available to both the bank’s UK and overseas clients. 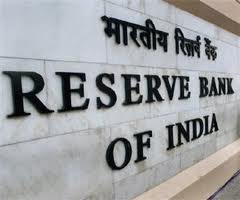 NEW DELHI: India may soon get its first foreign Islamic bank with the Reserve Bank of India (RBI) seeking government approval to allow Turkey’s Bank Asya to offer Shariah-compliant lending in the country. Shariah, or the Islamic law, bans interest on financing. Bank Asya is keen to start its Indian operations through a representative office in Mumbai. “So far the bank has only sought permission to open a representative office,” a finance ministry official said. “We are considering their application .”

Bank Asya had in 2009 received clearance from Turkey’s banking regulator to open a representative office in India. Its proposal has been pending with RBI for over a year. “After the global economic crisis, RBI has been stringent with allowing foreign banks in the country,” the finance ministry official said. “As a part of its liberalised policy for foreign banks, it has now granted permission to Bank Asya.” Global financial centers, such as Singapore , Hong Kong, Geneva, Zurich and London, have made changes in their regulations to accommodate Islamic finance industry that is now worth about $1 trillion.
RBI has requested the government to consider the Turkish bank’s application within 45 days. Launched in 1996, Bank Asya aims to develop interest-free banking products, according to its charter. It has 179 branches in Turkey. The current statutory and regulatory framework in India does not allow banks to undertake Islamic banking activities. But the Committee on Financial Sector Reforms, constituted by the Planning Commission, had in a report in 2008 recommended delivery of interest-free finance on a larger scale, including through the banking system. Last year during a visit to Indonesia, the country with the world’s largest Muslim population, Prime Minister Manmohan Singh had said that he would ask RBI to look into the demand for establishing Islamic banking in India.

Karachi: Pakistan’s biggest Sharia- compliant debt funds are posting the best returns for sukuk investors this quarter as an export revival boosts bonds sold by the government and agricultural companies.