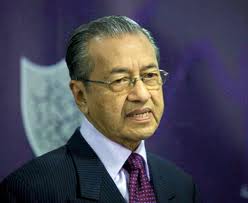 Even in retirement he remains the most popular politician to the Muslim “man-and-woman-in-the-street”. Now as an elder statesman, Mahathir Mohamed, the former Malaysian prime minister, continues to give advice whether on the global financial crisis, on the future of the Islamic banking industry, on the Islamic gold dinar, on the future of US dollar as an international trading currency, and on his celebrated spat with arch speculator and fund manager, George Soros, in the aftermath of the Asian financial crisis in 1998.

In an exclusive interview, Mahathir, albeit a bit more frail now, was his usual outspoken self, and he had a clear and present message for the Islamic banking industry – learn from the mistakes of conventional banking if the industry is to avoid the same fate. There definitely is a future for Islamic finance. It would not be spectacular; it would not be the cause of booms and busts.