Sri Lankan stock firms have prepared a list of Shariah Compliant securities firms in the stock market for the benefit of local and foreign investors seeking investments that follow Islamic investing principles. 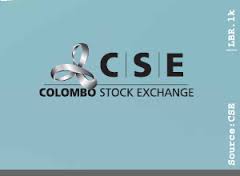 “This list has been designed and developed to be used as a basis of Shariah compliant equity investments at the Colombo Stock Exchange (CSE),” an analyst told the Business Times. He said that listed companies at CSE are screened against a set of Shariah principles and the list is designed to meet the requirements of both local and foreign Islamic investors.
Shariah compliant investments have been growing in popularity, due in part to investor interest in working with the Middle East, according to analysts.

Islamic Finance and Banking has turned out to be a buzzword with many institutions and companies wanting to benefit from the gigantic potential it has achieved over the last few years. For Islamic Finance to be true to its potential, the adherence to Islamic Sharia Law is of paramount importance. Sharia Law governs Islamic Finance institutions by prohibiting transactions that involve interest, uncertainty, speculation and products that are harmful to society. Islamic Banks are exposed to many risks such as credit risk, market risk, operational risk, liquidity risk etc, but the most vital risk is Sharia Non-Compliance Risk. In Sri Lanka, Amãna Investments has taken all measures in promoting Islamic Finance. It has further strengthened its compliance with Sharia by setting up a new and foolproof Sharia Risk Management Framework (SRMF), in May 2009. “The objective of the SRMF is to ensure a ‘Zero Tolerance’ culture in all our departmental activities” says Moulavi Siraj, Amãna’s in-house Sharia Supervisor. “If we fail to do so, the profit we make would be at risk.  We want to ensure that all profits from our advances are pure and eligible for distribution to our depositors”.  By implementing a strong Zero Tolerance Sharia culture into its business transactions, Amãna Investments is aiming to fulfill the objectives of Sharia and to reinforce the expectations of its growing customer base with regard to Sharia compliance.  “We have identified diverse areas in which Sharia Non-Compliance can occur. Such areas, where instances of non-compliance usually occur due to lack of knowledge, are when following policies and procedures during documentation, and during marketing and selling our products and services” explained Mr. Siraj.  He further stated “Amãna has developed a Sharia Risk Management Process which begins with the identification of potential risks by incorporating Sharia risks in the operating manual and the audit process. This will be followed by a process of measuring, monitoring and reporting on the risks. Finally, we will mitigate and control those risks from re-occurrence. For that purpose we have established three lines of defence in the pre-, present- and post-transaction stages”. To streamline the compliance process, the SRMF includes a rating system, the Sharia Risk scorecard, which rates all departments and branches based on their Sharia compliance. This  encourages  relevant departments and branches to put more emphasis and priority on Sharia. “We always persuade our staff to communicate to our customers the importance of Sharia over profitability” he added.

In carrying out and standardising the SRMF, Amãna Investments has continuously counsulted its strategic partner, Bank Islam of Malaysia, and its own Sharia Supervisory Council, consisting of eminent scholars of the calibre of Sheik Taqi Usmani,   Mufti Rizwe and Sheik Mubarak.  Amãna will look for further guidance from AAOIFI (the Bahrain-based Accounting and Auditing Organisation for Islamic Financial Institutions),  as well as  the Islamic Financial Services Board (IFSB) of Malaysia.  The Islamic Fiqh Academy, which operates from Jeddah and India is also consulted, when necessary. “We also take advice from the All Ceylon Jammiathul Ulama on matters relevant to Sharia”  said Mr. Siraj.

Mr. Siraj says that “Sharia training is a core requirement for all staff at Amãna.  Every new recruit to Amãna is given a thorough Sharia training before being sent out to meet customers. As part of the new SRMF, Amãna Investments will deploy a dedicated officer to supervise the Murabaha product transactions in particular to ensure compliance by customers.  By doing so, Amãna will be the first Islamic Finance organisation to take such a responsibility.

Amãna Investments’ Head of Risk Management, Rizvi Mohideen, commented “We were the first to introduce Islamic Finance in Sri Lanka, and now we are  at the forefront of the industry, strengthening our compliance process through the new Sharia Risk Management Framework. Our Sharia team is well equipped to successfully implement this framework and reinforce the trust and confidence our customers have in our products and processes.”

Amãna Investments currently operates 14 branches in the island, including the central, eastern and southern regions of Sri Lanka.  Recently the Central Bank of Sri Lanka issued Amãna Investments a Letter of Provisional Approval under the Banking Act to establish Amãna Bank as the country’s first Islamic Commercial Bank, subject to certain conditions such as raising a minimum capital of Rs.2.5 billion.  Amãna’s products are now being transacted by a number of corporate, SME and individual customers,  irrespective of their ethnic backgrounds and drawn by the principles of equity, justice and fairplay, by which the institution carries out its business transactions.

RAM Ratings Lanka Ltd (“RAM Ratings Lanka”), one of only 2 approved rating agencies in Sri Lanka, is organising a series of educational events to build capacity in the local capital markets. RAM Ratings Lanka, a wholly owned subsidiary of Malaysia-based RAM Holdings Berhad (“RAM Holdings”), is pursuing its mission of developing the domestic bond market and creating awareness among market participants.RAM Holdings is the parent of Malaysia’s premier credit-rating agency, RAM Rating Services Berhad (“RAM RS”), which has played a pivotal role in the development of the Malaysian bond market. The valuation of the Malaysian private debt market has increased tremendously in the last 2 decades, from RM1.5 billion in 1989 to RM158.8 billion in 2007.

Meanwhile, RAM RS’s expertise in bond-market development was acknowledged as early as 2002 by the Asian Development Bank (“ADB”), which voted it the most influential rating agency in the Asia-Pacific region. In 2006, RAM RS was designated the World’s Second Best Islamic Rating Agency, as part of the Islamic Finance News Awards. These 2 accolades may well have helped Malaysia become – and retain its title as – the world’s top issuer of Islamic bonds (or sukuk). In 2007, about 69% of outstanding global sukuk issues originated from Malaysia.

In Sri Lanka, RAM Ratings Lanka is now replicating the formula that RAM RS had so successfully deployed in Malaysia – to be a “market educator”. RAM Ratings Lanka is also leveraging on its sister company’s expertise in sukuk. To this end, a workshop on Islamic Finance: Reality or Myth will be the first of a series to be held on 20 March 2009 at the Cinnamon Grand, Colombo.

The workshop will be conducted by Mr Roslan Abdul Razak, who is currently the Director of Training and Shariah Business Advisory at the Islamic Banking and Finance Institution of Malaysia (or IBFIM). Mr Roslan, a veteran in Islamic finance, played a significant role in Malaysia’s maiden sukuk issuance in 1994. During the workshops, participants will be introduced to basic Islamic concepts; most importantly, they will gain an invaluable insight into the success of the Malaysian bond market.

Although RAM Ratings Lanka is well aware of the currently less-than-conducive climate for capital markets, we are also cognisant of Sri Lanka’s vast potential. As such, the present environment is perceived as an opportune backdrop against which to develop the technical capacity of market players. This can be well taken advantage of when market sentiment starts turning around.

“Only by equipping it with the requisite knowledge can we expect the Sri Lankan debt-capital market to experience sustainable growth. Learning and educating is part of RAM’s culture; they are the pillars that support our credit insights,” says RAM Ratings Lanka’s Country Manager, Mr Kingston Ng. “RAM Ratings Lanka pledges its firm commitment to its role as market educator on bonds, by dedicating the necessary time as well as financial and human resources to cultivate an enlightened and savvy debt-capital market,” adds Kingston.

Going forward, more sukuk-related workshops will be organised to promote better understanding of this type of instrument, and its relevance to the development of the Sri Lankan capital market.

It was highlighted that with the current conventional banking methods having proven themselves to be unsuccessful it is only right for the industry to turn towards the other; which is the Shariah system. These statements were made by the Training and Business Advisory Director of the Islamic Banking and Finance Institute, Malaysia, Shariah Roslan Abdul Razak during an interview with the Daily Financial Times.

Commenting on the future of this system of banking in the future, Mr. Razak observed that during the last five years the industry has seen an average growth of 15%-20% annually the world over. However, he noted that most people in Europe and the UK were not looking at Islamic Finance in a big way although its gaining its popularity now even in non Muslim states. “The growth is there and currently this is the only alternative left; because if conventional banking is not working then you can go for sukuk as opposed to conventional bonds,” he explained.Today’s workshop is expected to be attended by regulators from the Central Bank, the Securities and Exchange Commission (SEC), the Finance Ministry, the Insurance Board of Sri Lanka (IBSL) and the Employees Provident Fund (EPF). Among others scheduled to participate are lawyers, auditors, financial institutions, corporates and investors.